Ethereum Pumps Past $1,700—Is the Merge Surge Back On? – Decrypt 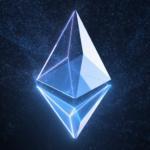 Menu
Search
About
Ethereum, the second largest cryptocurrency by market cap, is pumping—reaching its highest price in a month as the network’s “merge” fast approaches.
Right now Ethereum is trading for $1,724.10, according to CoinGecko data. That’s a 12% increase in the past week. The asset is also up 14% in the past 24 hours.
And 30 days ago, it was priced at $1,186.57—a 44% surge. To put things in perspective, Bitcoin, the biggest cryptocurrency by market cap, is only up 14.6% in the past month, trading for $23,773.30 at the time of writing.

The entire crypto market has struggled this year as investors, troubled by rising inflation and a looming recession, sell assets deemed “risky”—including U.S. equities. Ethereum itself is down over 65% from its all-time high during the crypto bull run last year of $4,878.26.
But right now it’s pumping again. Why? It likely has a lot to do with a long-awaited upgrade to the network known as the merge, which—after years of delays—now appears to have a firm date of September 19.
For those who haven’t been following the saga of “ETH 2.0,” Ethereum is changing the way it does things by moving to a proof-of-stake consensus mechanism. Right now, Ethereum uses the same consensus method as Bitcoin, known as proof of work, which involves miners who use powerful computers to verify and validate transactions—and secure the network.

But developers have long been working on its upgrade, ETH 2.0, moving it to proof of stake, which would eliminate the need for miners. Instead, validators (which can be anyone, so long as you pledge at least 32 ETH or join a staking pool on Coinbase or some other provider) will keep the network secure by locking up the network’s crypto.
It will make Ethereum roughly 99% more energy efficient, according to the Ethereum Foundation. But the kicker, and what some investors and analysts are currently so bullish on, is that the upgrade will also keep its economics in check.
By requiring that ETH currently in circulation be locked up in order to issue new ETH, the process could have a deflationary effect on the cryptocurrency. And if growth in the supply of ETH can be slowed while demand for the crypto remains high, that may have a positive impact on its price. So the bullish thinking goes anyway.
But if macroeconomic conditions don’t improve, and new money doesn’t come rushing into the market as bulls might expect, ETH’s current upward trajectory may be short-lived.

The post Ethereum Pumps Past $1,700—Is the Merge Surge Back On? – Decrypt appeared first on BitCoinBBS.

← Crypto clients beg for their cash back after lender’s crash
Binance Coin price analysis: Can the bulls break above the $300 mark? – Cryptopolitan →